HPV Vaccine - fainting, seizures, and other side effects

Apologies. This is a post from July 2007 that I have updated. Unfortunately, today, I made a wrong choice with the software and it is treating it as a new post. I'm hoping it doesn't break the links and subscriptions for everyone.

I have posted a new chart of all the comments received through the end of March. Click here to see it. If you want to see all the posts on HPV vaccine look at the bottom half of the far right column (it has the topics for all the blogs in this Personal Blog) and click on HPV vaccine.

I'm also adding a new request for folks who write in. I've started getting comments posted by girls and women who say they haven't had a problem or only had a little soreness from the vaccine. To those people I ask, how did you find this site? I'm really curious to find out how the word is beginning to reach people who haven't had a problem. Please share where/how did you hear that there's an issue?

Last, my condolences to Crista Valdez who wrote in a few days ago; her daughter died in her sleep last August. Our hearts go out to you.

See my new blogs about side effects reported in Australia

the Associated Press story that says the problem is just sore arms.

I've been contacted by a reporter who would like to talk to those of you who've had or observed these side effects. His name is Tom Grant and his is editor of MetroSpirit, the alternative paper in Augusta, GA. Please contact him directly at tom.grant@metrospirit.com.

Also, he's sent me some information about reporting on these problems from Australia. I'll post them soon.

I've been surprised by how many of you have submitted comments and distressed by how many have suffered serious reactions. I'm not a medical scientist, but I think maybe we can use this blog to help researchers figure out what's going wrong. Based upon suggestions in the comments, I'm asking - from now on - if you're willing, when you write a comment, include the following:
your age,
your weight category (thin, medium, heavy),
anything you're allergic to (like eggs, dogs, dust, or medicines),
whether the reaction came with the 1st, 2nd or 3rd shot,
what other vaccines you had at the same time, and
the reaction you had
Most of you already include most of these things.
I promise to post another blog here with a chart that I'll keep updated and maybe we'll see a possible correlation. It should be up in about two days.


Today, I received a horrifying response to an earlier blog asking if we shouldn't know more about the long-term risks of the HPV vaccine before mandating that it be given to all young girls:

I immediately ran some Web searches and it turns out that Kim's daughter is not alone; there are over 1,600 adverse reaction reports. Considering the chronology I'm about to describe, it seems the word is not getting out fast enough or far enough about the risks of extremely serious side effects, including possibly death (see below). Please, if you know anyone with a daughter, make sure they're informed before they commit to having their daughter given the HPV vaccine.

1990's - first references to research and studies for an HPV vaccine.

6/27/06 - National Vaccine Information Center, a private advocacy group, recommended that the FDA not approve Gardasil as proposed. The NVIC's recommendation was largely focused on their belief that Merck's use of placebos with aluminum had caused more reactions to the placebos, thus making reactions to Gardasil less statistically notable. They also reported that during the clinical trials there were 102 serious events reported, including 17 deaths, but investigators made determinations that most were unrelated to Gardasil.

7/14/06 - First report of an adverse reaction filed with the Vaccine Adverse Event Reporting System (VAERS), a program of the Department of Health & Human Services in which the CDC and FDA work together. On 7/11, a 14 year old girl in DC fainted and fell off the examining table after receiving the vaccine; at the emergency room, she had a headache and speech problems.

7/20/06 - Seven days after being vaccinated, a 16 year old girl developed symptoms of Guillian-Barre Syndrome, an immune disorder with weakness, tingling, and other neurological abnormalities.

Year end 2006 - After six months, there were 84 adverse reaction events related to Gardasil on VAERS The Associated Press reported that Merck had earned $235 Million on Gardasil sales in 2006.

2/21/07 - Merck was reported to have suspended its campaign to convince legislatures to mandate the vaccine.

Based upon the number of Gardasil tv commercials I've seen since then (the "One Less" advertisements), it seems that Merck continued advertising heavily to the general public.

May 2007 - Judicial Watch excerpted the VAERS database entries for Gardasil and posted them as .pdf file on the web; there were 1,637 adverse reports that seem to run through the first couple of days in May. I haven't had a chance to read it in detail but here are the incidence of some scary terms:

Please note that in some of the above word counts, the word is used more than once in the same report (the word death appears 5 times in total but there are 3 reported deaths). And, the issues are complex. There are unanswered questions, including those about whether it matters what other drugs the person takes regularly; whether there's a family history of drug allergies; what other vaccinations were administered at the same time; etc. I can't find the citation at the moment but did see at least one recommendation that the vaccine only be administered to people laying down because of the number of reported incidents of patients losing consciousness ("syncope"), falling, and suffering injuries.

From my perspective, the most important thing is for parents to know that these side effects have been reported and that critical questions are unanswered. 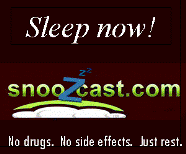